First trip out for me: Calm water in Scotland's Trossachs.

General discussion for everything that doesn't fit into the categories below!
Post Reply
2 posts • Page 1 of 1

First trip out for me: Calm water in Scotland's Trossachs.

The forecast today suggested cold rain turning to snow and with the trails already saturated, I left my plan to bike-raft behind and went for a simple hike in, brief float and then scurry home.

However, on arriving in Aberfoyle, in the Trosaachs, the skies seemed a mite brighter than I would have assumed. 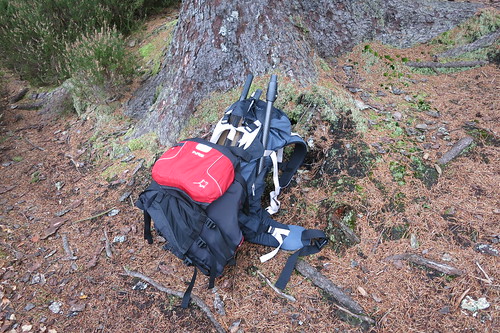 A short hike up to Lochan a' Ghleannain - a small and usually very calm body of water - saw me afloat with dry feet and I used the time to get more familiar with my little blue water craft. This was the second time I had been out in the Alpacka and I wanted to increase my confidence on some tame water.

Paddling to and fro, forwards and backwards and trying different paddle lengths courtesy of the adjustable, 5 piece Sawyer/Alpacka tool. 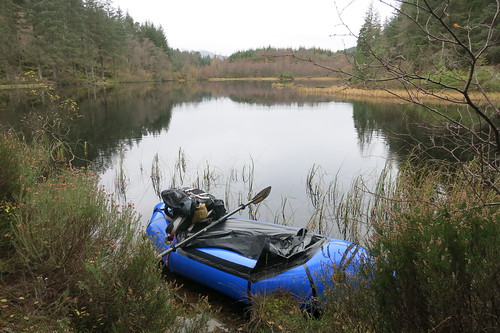 After 20 minutes, I had exhausted the potential for mischief on the micro Loch and decided to hike down to Loch Ard for a bit more surface area to mess around on. 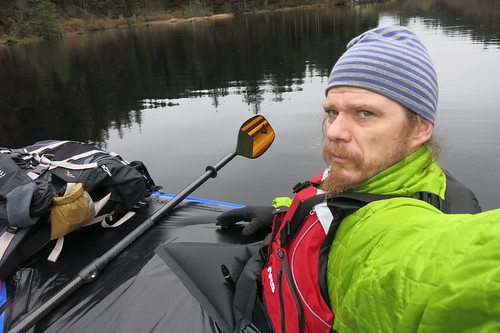 Rather than de- and re-inflating the raft, I simply strapped it to my rucksack and wandered down the wide trail. This worked well and I only had a very short portage to find a put in spot on the Loch edge, where I was rather less successful at keeping my feet dry.

I checked out the southern shore of the Loch, which gave me an interesting perspective on the rock formations and tiny islands covered in gnarled trees. 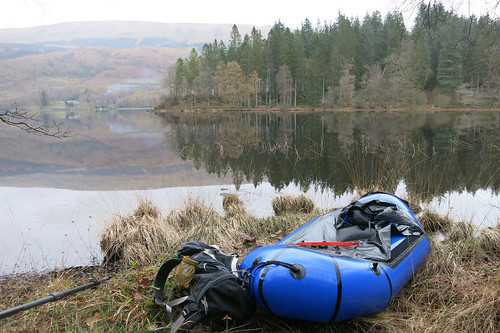 After a bit, I turned went East towards the end of the Loch. I had not looked at a map of Loch Ard prior to setting out and I had no idea what the route would be like. There are several pinch points as you get to the end of the Loch, prior to it giving rise to the River Forth -which flows out into the sea on the East coast of Scotland near Edinburgh. 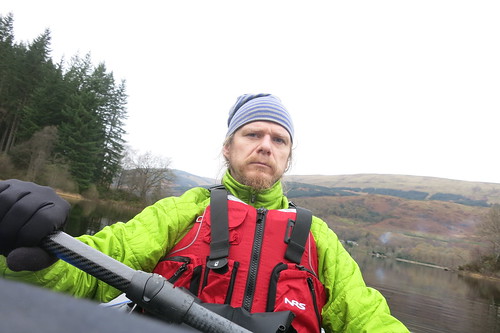 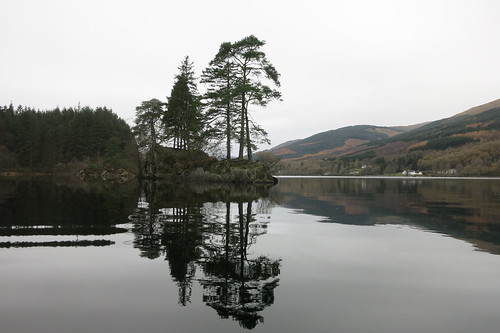 In one of the pinch points - exotically called "the Narrows' - the flow picked up and I had my first experience of moving water in the Alpacka. Needless to say, it was fine. 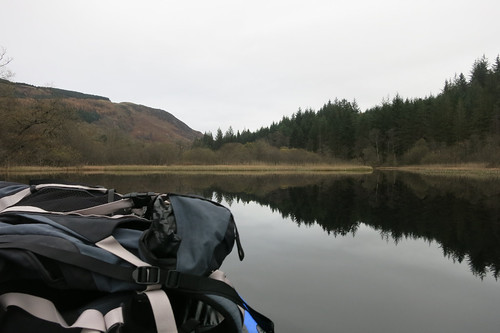 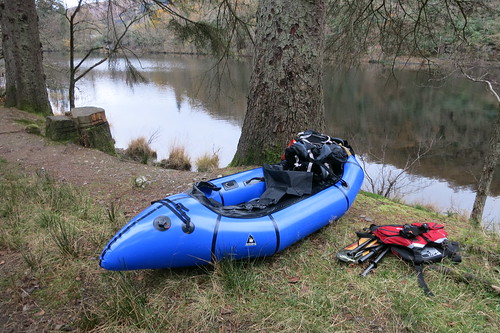 At the far end of the Loch, I exited and packed the raft up after a good few hours of getting to know the Yak.

Re: First trip out for me: Calm water in Scotland's Trossachs.