Hi Mcnik, just came across your post, have not had a chance to read the full item, 2 of us oldies (62 and 60) are planning a canoe trip up from Fort william to Inverness, I have been looking for an alternative to a kayak or open canoe, that could easily be carried or unloaded from a car or carried as part of a back pack, my question is how good is the directional control does it tend to drift of course easily ? are you constantly correcting direction and finally what model did you use?

Nice presentation Nik - and a great looking route. I wondered what happened to your plan.
Look forward to reading it over Xmas.

ianf - Directional control is fine, but you need to keep paddling, it won't track like a sea kayak! Packrafts tend to spin if you stop paddling. Mine is a Llama.

I have put up the second installment (day 2) of my trip, you can read it at http://niksbikingblog.blogspot.com/2011 ... g-and.html. I seem to have written more than I had planned, so you may want to make yourself a cup of tea (or fix yourself a drink) before reading it!

(If you missed the first installment, you can see it at http://niksbikingblog.blogspot.com/2011 ... hland.html )

Here is a couple of quotes and pics from it to give you a taste...


When I was planning the trip, I had imagined cycling and walking the length of the loch along the track marked on the map. However, the previous afternoons scramble up and down the glen, the steepness and boggyness of the general terrain, plus the absence of anything resembling any kind of reasonable track along the loch, the decision was an easy one. I'll try the packraft. I inflated the raft, filled up my water bladder with water from the loch, and packed the bike and kit on it. 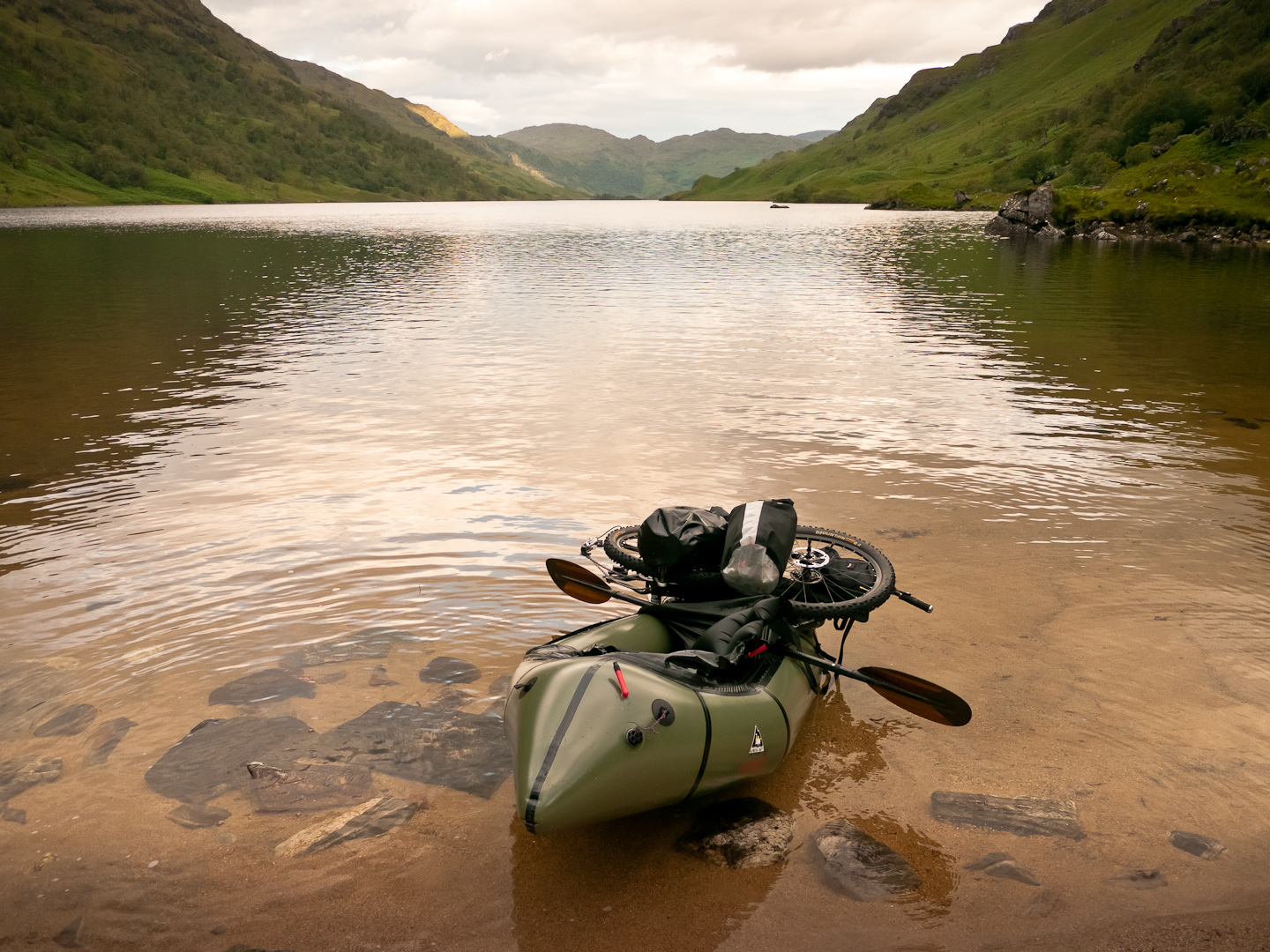 It must be lunchtime by now, so I assemble my bike and head over to the concrete end of the pier, set up the stove, have some oatcakes and cheese, and take in the view. The sun came out, and the wind died down. Bliss. 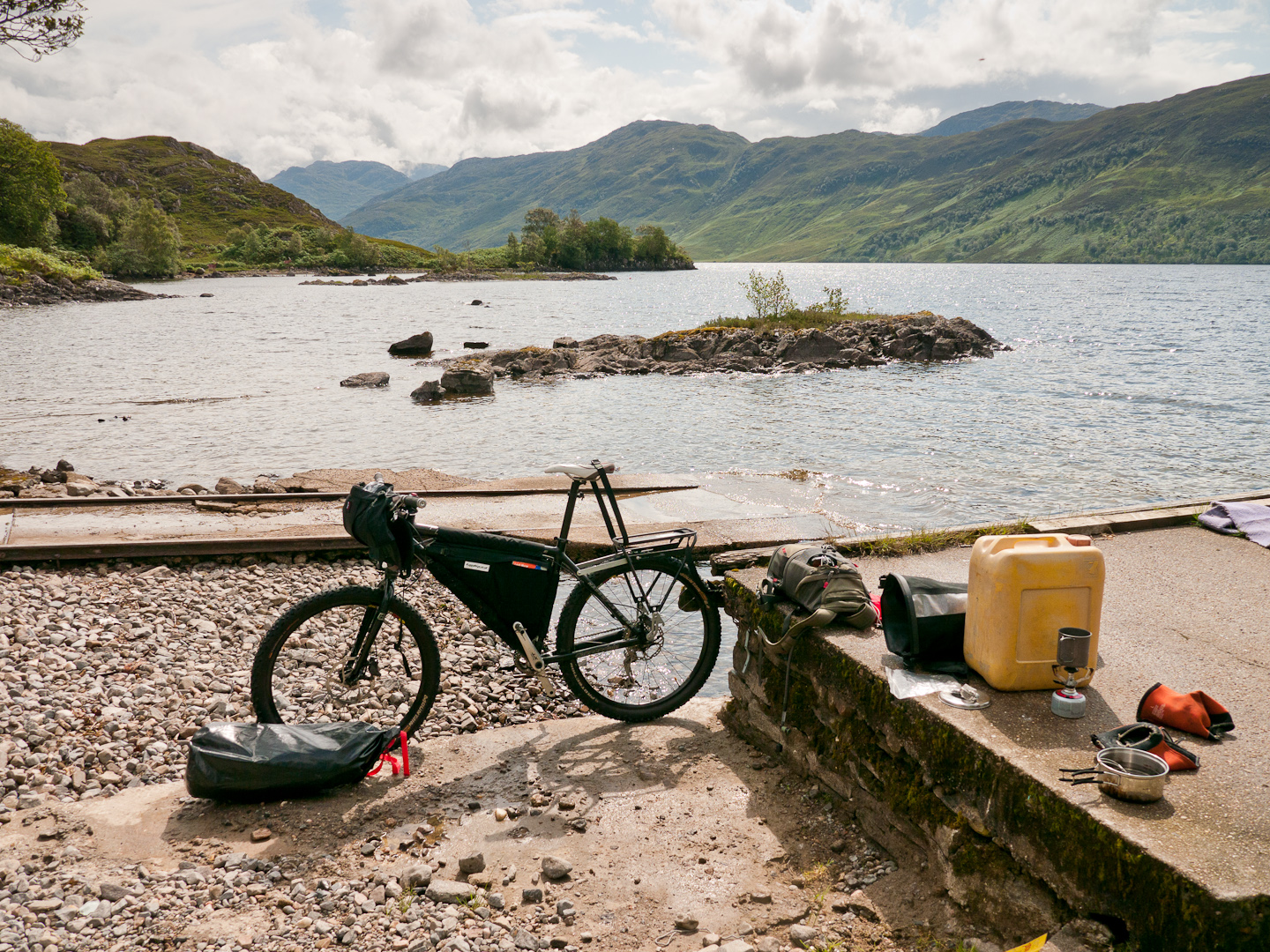 Well, I have managed to get part three up now, you can see it at http://niksbikingblog.blogspot.com/2012 ... g-and.html


I poked my head outside. Lovely, it looked like it was going to be a cracking day. 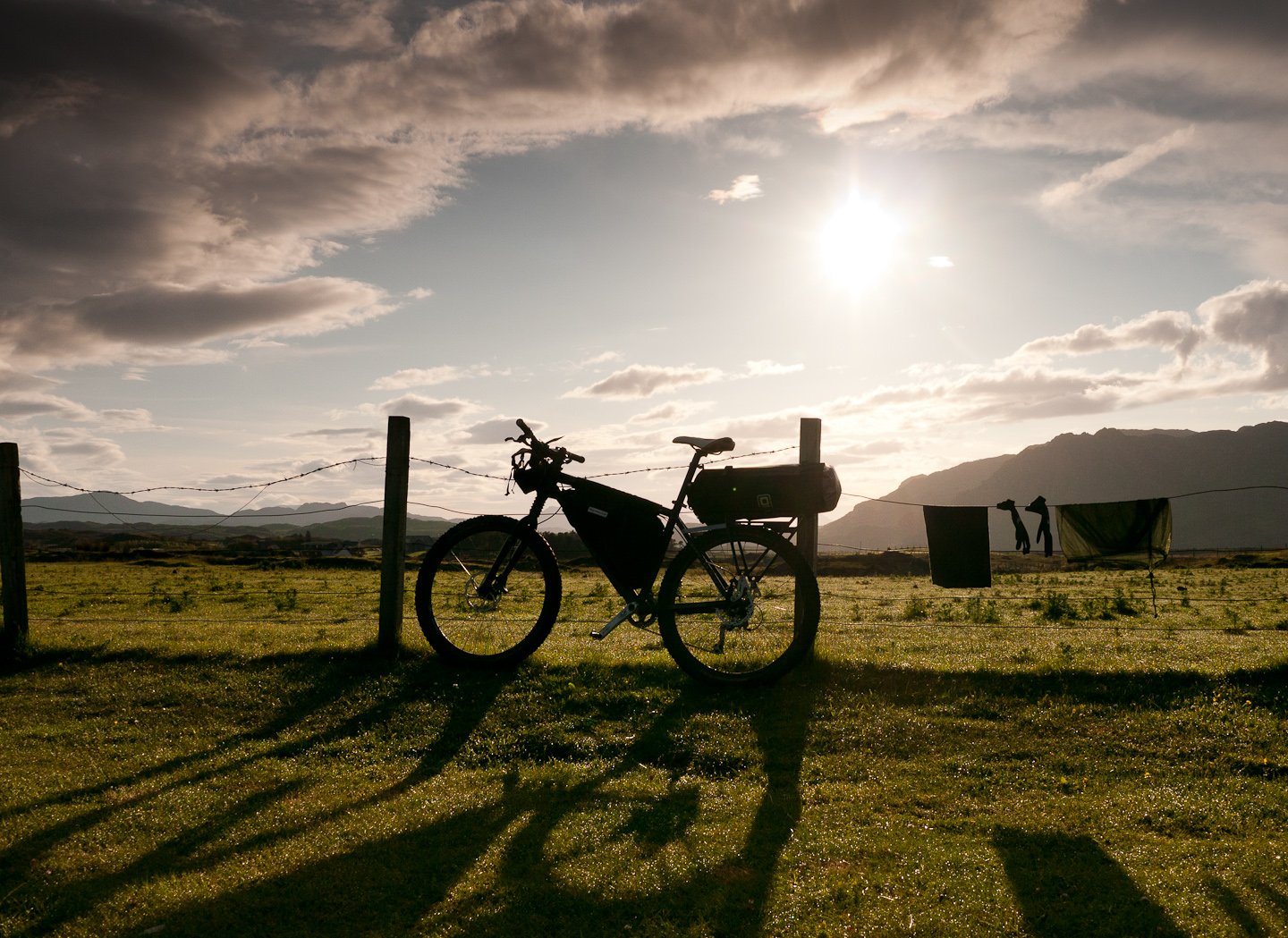 I see there are three people on it, lounging about. Looks like bliss. I get closer, and one of them waves over at me. I wave back "Hi there!", not sure if an 'ahoy there' would have been more appropriate. He calls back "Are you Nik?". Surprised, I acknowledge I am he. 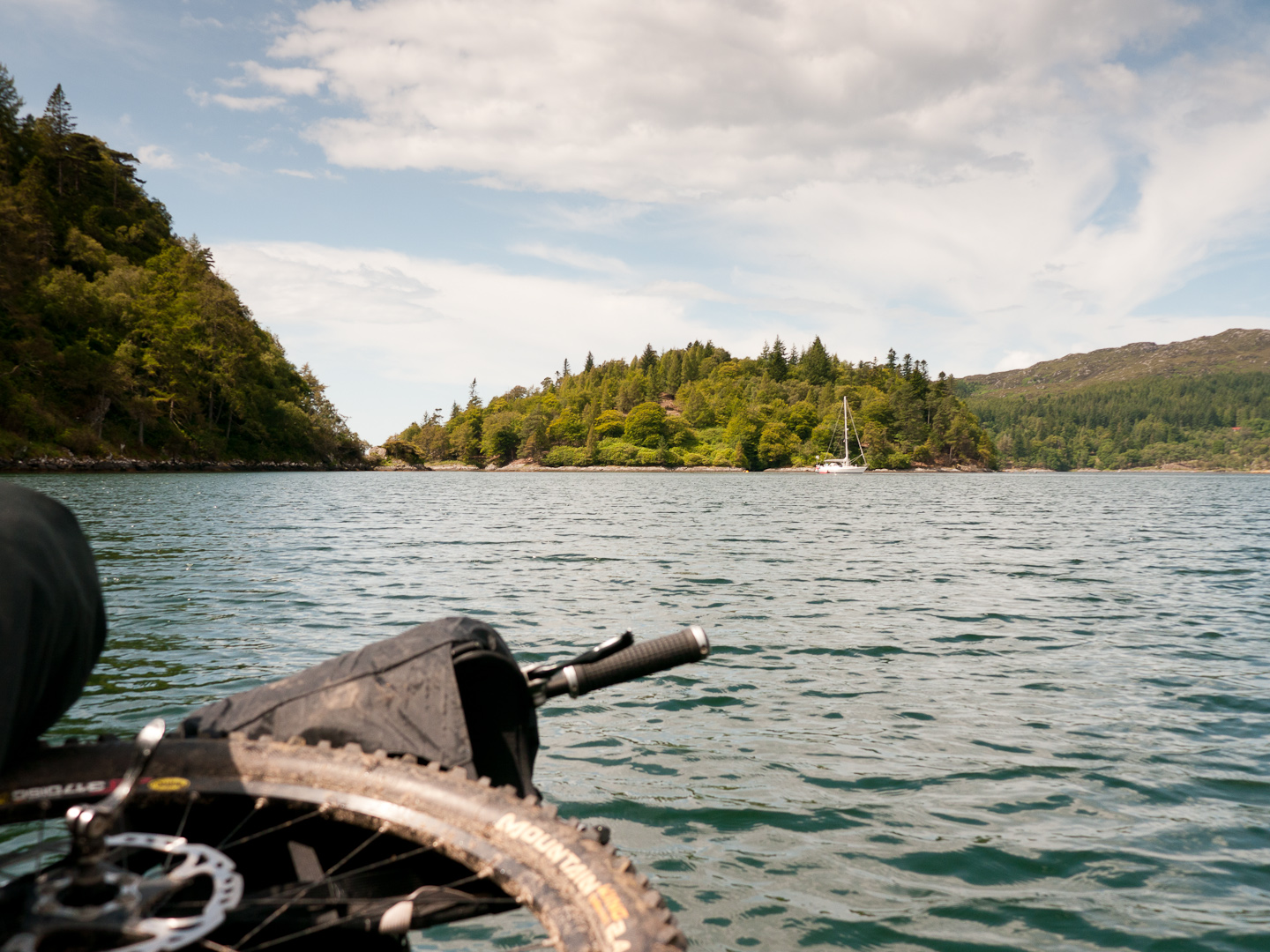