New to Packrafting; Looking for Information

The forum for anything related to gear.
Post Reply
4 posts • Page 1 of 1

New to Packrafting; Looking for Information

My brother-in-law and I have been paddling/camping for years. We generally keep to small lakes/rivers in Ontario, with our main focus primarily on camping, hiking, and fishing. We have a large fibreglass canoe that has served us well over the years. We will generally drop off via truck at access points and then paddle around the waterways.

Our most recent trip to Algonquin Provincial Park was what initially drew my attention to the world of packrafting. Our canoe is big and heavy. With a 4km portage dragging, lifting, floating, and lugging this thing along the way, I knew there had to be another way - that's when I learned about packrafting.

We are looking at purchasing our packrafts in the near future but want to make sure that we don't buy more than we need, but also have a craft that will handle the terrain we throw at it.

Naturally, we have gravitated to Alpacka rafts, as they seem to be the standard.

We have gravitated toward the Scout model as it seems to fit our interests - no white water rafting in our future. We just want something that will handle some mild rivers, and of course some open lake fishing.

What can you tell me about the capabilities of the Scout model? Does it sound like it would fit our needs? In the event that we want to graduate to some very minimal, lower class rapids in the future, would this boat still hold up?

I essentially don't want us to purchase a craft that we will 'grow out of'.

Check into the Explorer 42 if not too expensive or too heavy. It is kinda small for 2 people but you can use a Scout in tow to carry gear. A Scout and Explorer 42 can make a good team. If ya put a passenger backband on the 42, call the Alpacka folks on where to attach the mounting rings. I put my rings too far to the rear. The new 42's may already have rings, not sure.

I mounted a skeg previously sold by Alpacka on my 42. Last short trip it seemed to help with tracking.

A question to ask yourselves would be how much raft/camping would ya do and in what temps?

I have a first generation Explorer 42 and just purchased a new Scout. No experience on the Scout yet except inflating it in my living room.

My 42 loaded down! I have a modded kayak cart underneath that stuff as a gear hauler. 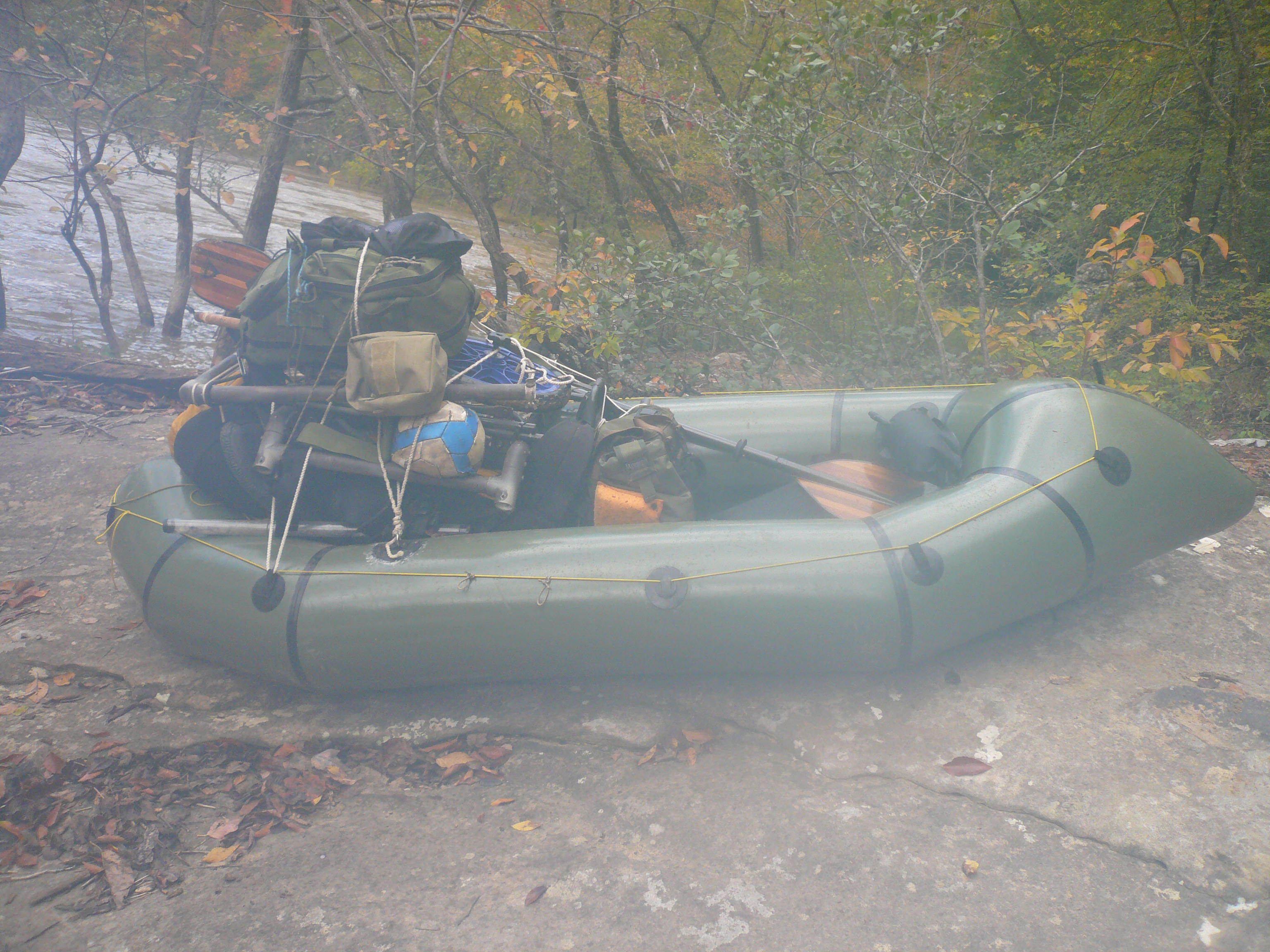 I did some repacking before I hit the flooded river at Big South Fork. Hit an unnamed rapid I forgot about and capsized. This was just before Leatherwood Ford take out. The rapid was easily more than class III. It was hidden by a steep gradiate and a z turn in the river

Just behind those trees were humongous waves!

A lighter load than the above pic.

Here's a good pic of a new 42. It has the new seat and backband. Wish it was mine! 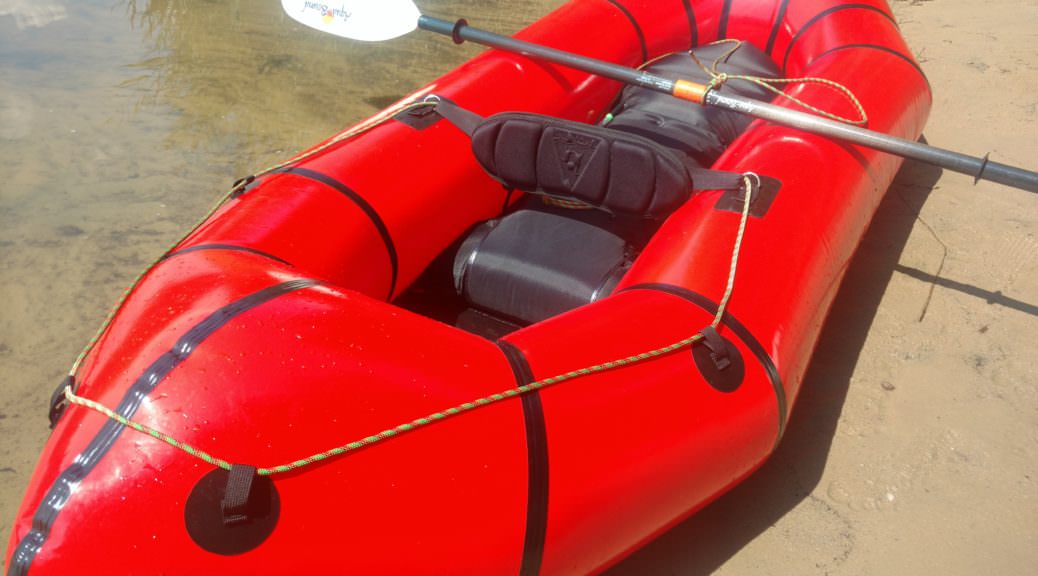 Thanks for the replies. The Explorer seems quite nice but, it seems to be a bit above our price range for a single craft (just over $1300 CAD here in Ontario). While I'm sure it's worth every penny, we're really looking for our own individual packrafts in the event we want to go with other people as well. We're also not looking at packing a whole lot - we have our packs down to around 15 lbs. base weight without the raft, so load handling wouldn't be an issue.

Thanks for the food for thought though.
Top
Post Reply
4 posts • Page 1 of 1